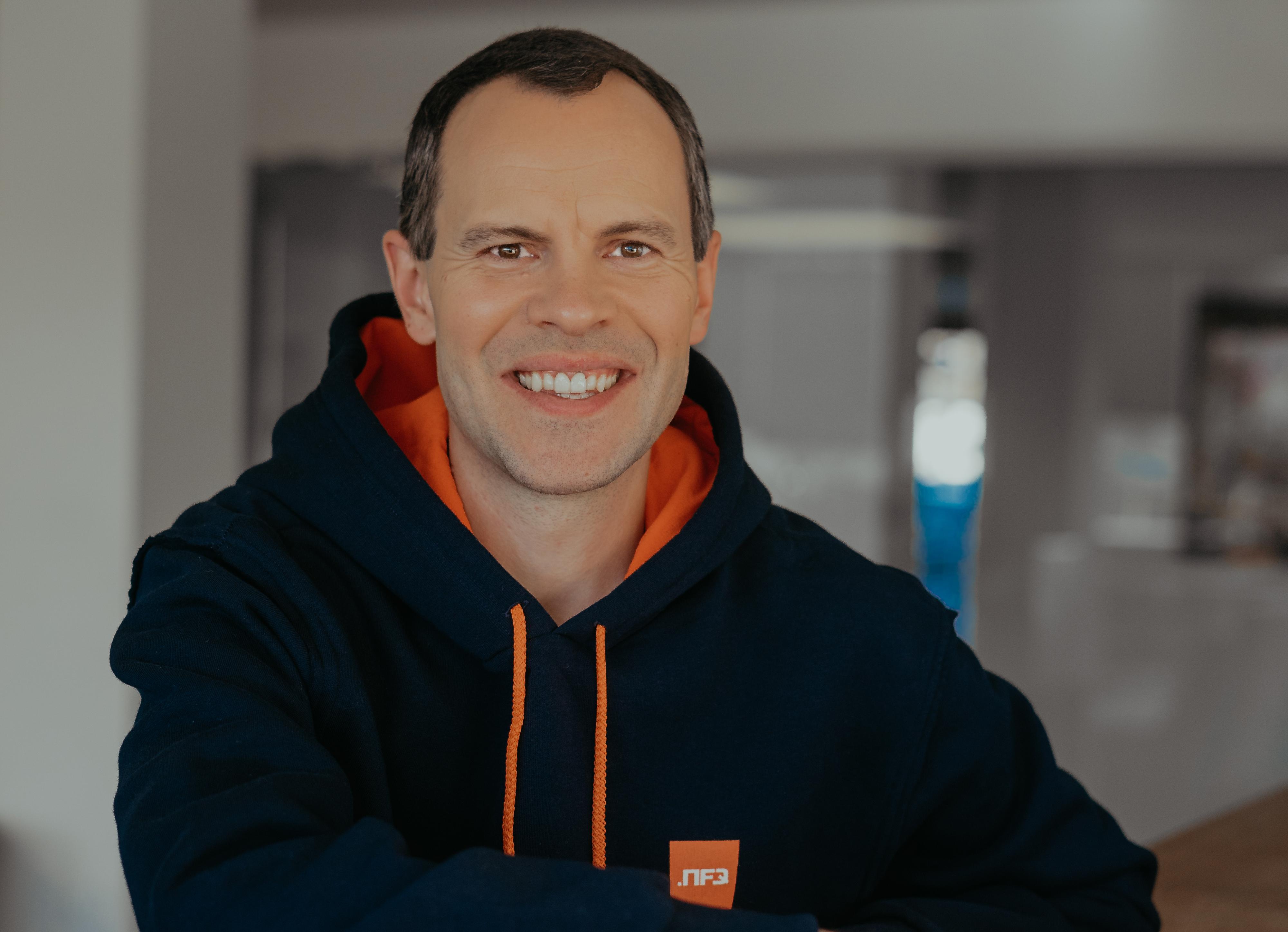 Lithuania, with one real and two unofficial tech unicorns, is statistically on a par with countries like Ireland, Belgium and Estonia. But appetite comes with eating, as they say, and the factors that ensure good conditions for startups are also relevant for many other technology businesses. After this fall launching a unicorn which we had taken care of from day one, in an IPO on the Frankfurt Stock Exchange, we would like to share our company’s perspective on Lithuania's ability to raise unicorns.

An essential starting point is that in Lithuania we still have mistaken stereotypes about startups. Students, bean bag chairs, cafes and garages usually have nothing in common with successful startups, apart from a few exceptions and success stories that of course get attention. Studies show that, in the U.S. at least, the founders of successful startups are 35-45 years old. So, it would be more accurate to imagine successful startup founders as business professionals who are highly experienced in their field, extremely well-connected and entrepreneurial, and see the problems in their industry as well as the potential to solve them and make money.

Business from one’s savings, incubators, mentors and accelerators are first steps – someone some day is bound to make it, and the experience itself will always be invaluable for the future. It's just that our company more often runs into the kind of startups whose teams have already been through all that at an earlier stage of their lives. Simply put, the stereotypical successful startup today involves serious, experienced professionals thinking about on markets with many millions of consumers and habit-changing products, hiring hundreds or thousands of people, who have very clear goals and maximum focus on achieving them. Even so, not everyone succeeds, but that is what most Western startups with realistic unicorn ambitions look like today.

In this context it is possible to identify more clearly the advantages and weaknesses of Lithuania, and indeed of Europe as a whole, for growing unicorns.

The U.S. is not a competitor but an opportunity

First of all, new success is more likely where there is already a track record of success. Just Silicon Valley in the U.S., for instances, has nearly 300 unicorns, 50,000 other startups, and tens of thousands of investors of various stripes. With such a wealth of experience, new successful businesses can be built much faster, since a large share of the people there have created or at least worked in unicorns. No region of Europe can compete with an ecosystem like that. Still, such things do not last forever – some U.S. tech firms are already migrating to other parts of the country on account of high costs. We should not fear Silicon Valley, then, but rather try to learn from it and maybe in one form or another become part of it. At least for now.

Compared to the U.S. or even China, the EU lacks another advantage too – a big local market. In those countries, millions of new customers can be found almost overnight, while in Europe getting off to a lightning start is complicated by different languages, cultures, laws, and even the GDPR. The speed factor is important for unicorns, as it lets them validate their business idea and start generating cash flows as early as possible, thus meeting investors’ expectations and unlocking new investments. Here Europeans are probably doomed to be slower and somewhat less attractive to capital.

While the situation has been improving over the last decade, capital markets in the EU, not to mention Lithuania, are totally different than the U.S. Where in Europe tens or hundreds of thousands are invested in a startup’s seed stage, in the U.S. in the same situation the amounts are millions or tens of millions. Differences like that relate to historical experience and mentality. In the U.S., the importance of speed is better understood, so “burning” tens of millions to try and buy a market does not raise the same anxiety as in Europe. U.S. startups aspiring to unicorn status and their investors are also much more at ease about acquiring competitors, especially if that will enable them to capture a market more quickly. You can see six-month-old U.S. startups paying half a billion for a European incumbent or a startup that has been polishing its product for five years. Stories like that reflect the differences in ecosystems and opportunities on the two sides of the Atlantic. NFQ saw a case like that first-hand when U.S. flight-search leader KAYAK in 2010 acquired its peer competitor swoodoo of Germany, which our team developed.

Historically and stereotypically, U.S. startups first seek size and speed, while in Europe they more often first pursue profitability, and only then faster growth. On the one hand, that is why we have much fewer unicorns. On the other, many U.S.-style unicorns are loss-making. Such a situation, though, is an opportunity for EU and Lithuanian startups: focus on profitability is very highly valued by U.S. investors and can bring in U.S.-caliber investments precisely for rapid expansion. Europeans are already learning from the U.S. style, with European startups such as Gorillas, Wolt and Bolt thinking first about markets and customers, not profitability.

Ultimately, successful startups, especially unicorns, are (or should be) recruiting machines. As they enter new markets and grow their products, unicorns need not just a lot of talented people, but also cultural coherence and smooth internal processes. That is a huge challenge, but at the same time, for the U.S. and Europe’s most attractive cities, it is an advantage over smaller ecosystems. Happily, Lithuanian startups and unicorns have started thinking bigger and bolder in this respect and setting foot in talent hubs like Berlin and London. The talent problem is something NFQ also helps its partners address. Clients of ours like HomeToGo, Alaiko, Weezy and Anymove have made clear to us that they do not want to deal on their own with recruiting, employer branding and other HR issues: the founders’ main focus is on business, markets, growth, sales and marketing. That does not mean human resources is something secondary – it is a top priority. But unicorns need it so fast, so good and so much, that acquisitions or experienced technology partners usually are simply a more competitive way.

Obviously, Lithuania will never have an ecosystem on the scale of the U.S.’s and, at least for a time, will approach world markets from the somewhat slower European context. That does not mean, however, that we cannot specialize in niches already proven attractive, learn from the best, and lay the groundwork for new success stories.

Unicorn oats are good for everyone

I do not think the number of unicorns per se should be a strategic goal for Lithuania. Still, most of the “food” that is good for unicorns nourishes the competitiveness of many other high-value-added sectors as well.

First, of course, is talent: its quantity, quality, attraction and retention. And if education reforms take decades but we want to compete and win already today, we should think about faster routes. Currently one of Europe’s hottest tech hotspots for both large corporations and startups is Poland, which has not just a strong local talent pool but also Ukrainian, Belarusian and even Russian specialists well integrated into the ecosystem. We do not always realize that many of them can get a grasp of the Polish language in just a few weeks or months, which is a huge advantage. But to my knowledge, when Vilnius faced off with Warsaw over an investment by the Belarusian gaming giant Wargaming a year or so ago, one of the factors that ultimately led to the choice of Lithuania was Russian-speaking kindergartens. So we certainly have something to offer; all that is needed is real widespread desire and determination.

Another important element is risk capital. We cannot bring bags of it to Lithuania in one day, but it is continually multiplying throughout Europe, and startups from our continent are finding it even easier to access U.S. funds. Here it is vital for Lithuania to do all its homework. A few years ago, we dealt with the matter of options in a haphazard way, and today we hear startups talking openly about how the Lithuanian Law on Companies is unattractive to venture capitalists since it fails to envisage certain classes of shares, and for that reason, our startups are being asked to re-register in Western jurisdictions. There are more issues like this, so why not set the goal of becoming the most attractive jurisdiction in Europe for startups and investors?

Moreover, unicorns like time-tested places – ecosystems with experience and success stories. On the one hand, only the above-mentioned homework along with time, patience, and luck will help Lithuania here. On the other hand, we have more unicorn experience than it might seem. While the founders of unicorns like Uber, Revolut, and HomeToGo were not Lithuanians, dozens or even hundreds of people from Lithuania have contributed to those companies’ technological and business development, in some cases from the very start. The experience of these companies and especially their employees, including Lithuanians, gives them a tremendous advantage – their speed and way of thinking are simply different. Some of these people are already creating their own businesses, or will do so in the future, or will work at and advise new unicorns. In this respect, Lithuania has already done its homework to create good conditions for investors, though it is worth not stopping there but continuing to listen and react to what investors are looking for. And the people who already have unicorn experience should be encouraged to be bolder in starting new businesses or at least sharing their experience with the community since that not only inspires but also moves others to action.

Finally, a word of advice to startups themselves: the world is open and friendly, and today there certainly is more money in the market than there are ideas. So, if we see opportunities, let us not be afraid to try to seize them. Combining the undeniable strengths of our home market and experience with the advantages which can be found in other ecosystems.