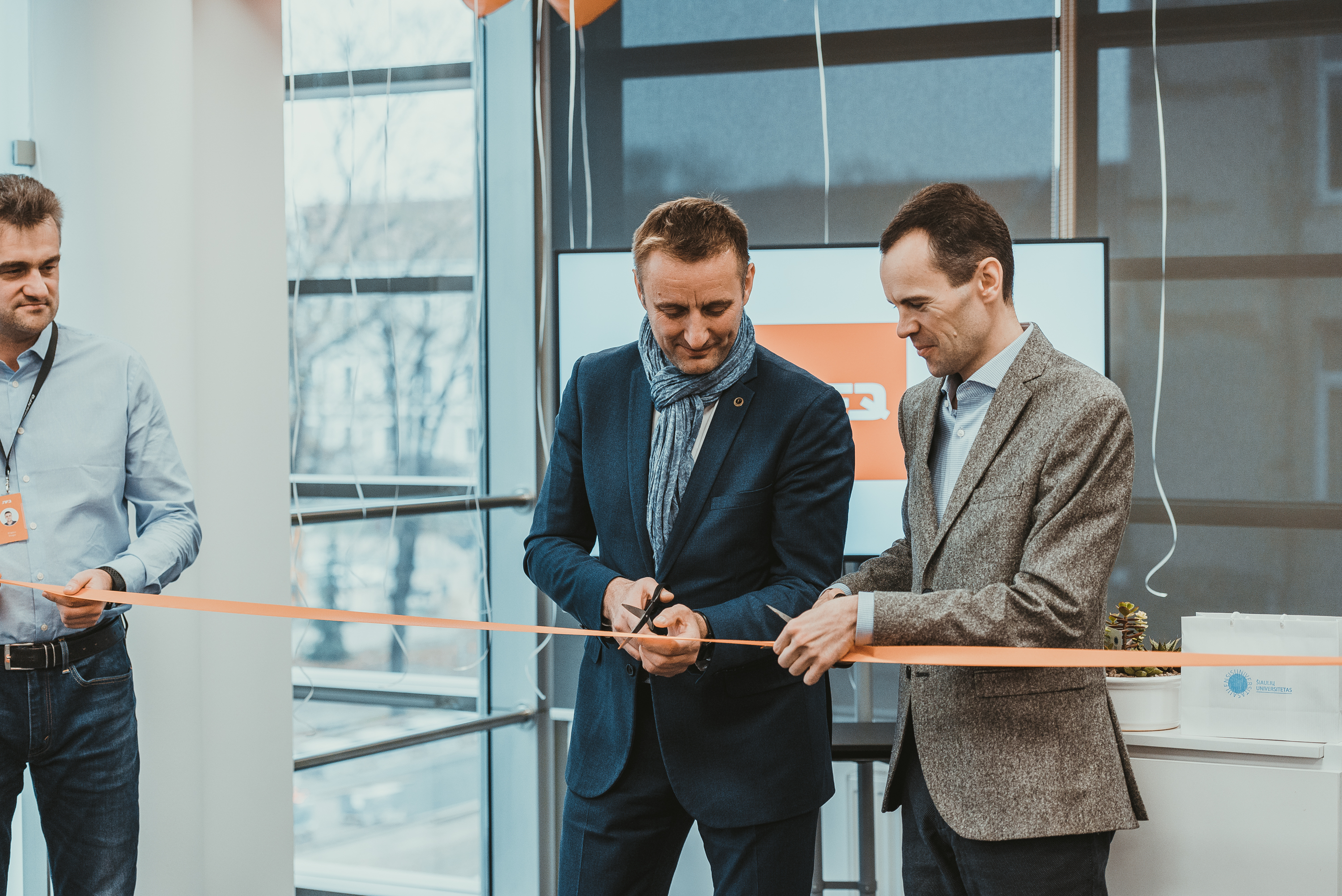 The technology company NFQ Technologies is shifting into a higher gear as it expands in Šiauliai and opens a new office in the city. It plans within the next two years to enlarge its team there to 40 people. The company hopes to attract experienced developers, software architects, project managers, data scientists and software automation engineers who want to work in the Šiauliai area.

“We have been growing rapidly in recent times. Since the start of the year we’ve added over 50 professionals to our team in Lithuania, we’re expanding our portfolio of international projects, and our sales in the first half of this year were the biggest in our history. This is a small country, so we’re limited by the number of people and specialists in the big cities. That’s why we’re opening new opportunities in outlying areas, offering employees the same conditions they would get in the major cities. We’ve also noticed a trend that not everyone wants to move to Vilnius or Kaunas – some would prefer to remain in or move back to smaller cities from the big ones. We’ve long had a small office in Šiauliai, so strengthening and significantly expanding it was a natural further step,” said Paulius Insoda, the CEO of NFQ.

The new NFQ office complex comprises nearly 600 square meters of space on Tilžės Street designed with global IT-sector office trends in mind. The company will invest 140,000 euros in expansion in Šiauliai over the next couple of years.

“We try to ensure equal working conditions in all our offices, so we did an upgrade in Šiauliai and installed a modern office with conditions identical to those at our offices in Vilnius and Kaunas. We hope the chance to work with global market leaders and the fantastic work setting will attract talent in Lithuania’s northern region. This renovation is not a mere formality, but a serious foundation for further expansion,” Mr. Insoda said.

Mayor Artūras Visockas is also pleased by the company’s expansion in Šiauliai: “I’m very happy that businesses want to set up and operate in our city. In opening their new office, NFQ is helping make Šiauliai’s vision for growth a reality, providing even more opportunities for the people of Šiauliai to live here happily. I’m thrilled that university and college students in Šiauliai will be able to learn from IT professionals and that young families will have a chance to pursue careers here and not, for example, abroad. Thus, I consider the opening of this office to be an event of particular importance.”

NFQ team of developers in the city is already working with successful businesses. An ERP solution that the Lithuanians created for Atlantic Express Corp. made it possible for the American logistics company’s 10 export divisions and 13 import divisions to increase efficiency. The team at NFQ helped the German ecommerce company Real Digital improve its digital products and also built a business management system for Arbor Garden Solutions, a maker of outdoor furniture from Lithuania which has successfully established itself in the UK.

NFQ is also starting to work together with Šiauliai University and Šiauliai State College. Students of those institutions will be able to do internships at the company and examine real-life issues and cases provided by the company in the classroom. At the same time, as needed, NFQ will be able to ask the university and college to organize trainings for its employees and other specialists, to develop software and simulation models and to apply and deploy them for optimal solutions. The partners will combine forces to take part in national and international projects.

Together with the expanded and upgraded office, the NFQ Academy has also started up for the first time in Šiauliai. The Academy offers free training in programming both for people with only a basic knowledge of programming and for those who want to further improve their expertise. The company will invite the most motivated and best performing participants to join the NFQ team in the city. In the Academy’s seven years of existence, a total of 109 of its graduates from all of Lithuania have been hired.

Currently more than 500 professionals work at the offices of NFQ in Lithuania, Germany, Vietnam and Singapore.